Digital Manufacturing Shaking Up The Industry

Digital manufacturing refers to the use of Information Technology (IT) to help manufacturers more efficiently produce products, as well as to expand and better their products themselves. 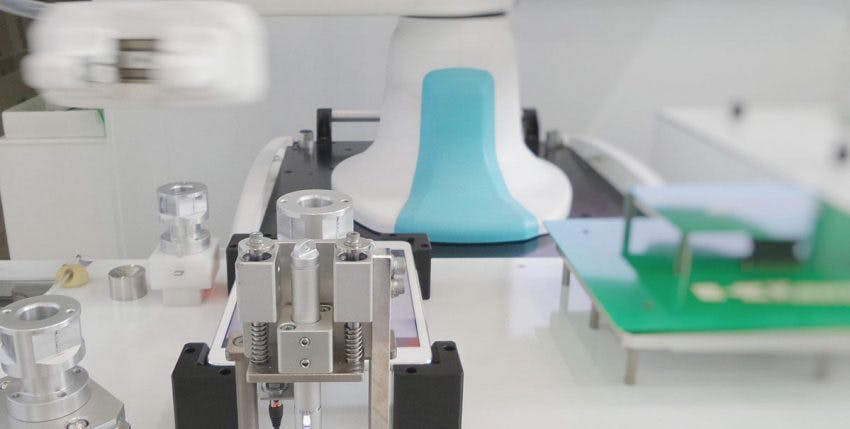 Yet, the use of IT in manufacturing has faced mixed reviews in UK media. Some throw strong criticism at digital manufacturing for stealing labourers’ jobs and, certainly, this has only been heightened by UK TV shows which sensationalise the idea of “robots taking over”.

Meanwhile, proponents of digital manufacturing praise it for producing new jobs in the IT field and one report last year even went as far as saying that ‘the UK must prepare for a fourth industrial revolution’. Despite heated disputes, no-one can deny that digitalisation has shaken up the manufacturing industry in many ways including;

Even before digital technology began to make its move into our society, the idea of the lone carpenter or engineer putting together each product by hand was becoming quite distant. Most often, products today are produced by teams of workers. Ever since Henry Ford invented the infamous assembly line for production of his cars over in America in the early 20th Century, mass production has revolutionised how our goods are made and massively sped up the production process. A far cry from the picture of the independent artisan working from their personal garage.

So, since the IT world merged with the mass production industry, the artisan is now incredibly overshadowed by large manufacturing companies and corporations. As IT and industry merged, methods to improve production efficiency between teams of workers came to the fore. For instance, Collaborative Product Development (CPD) is the method of using the internet to share information about the timeline of product development between teams of workers that may not even be in the same country.

Just as the motor industry led the world towards mass production back in the 1900s, the motor industry is yet again a key player in industry progress. According to SMMT, a driving and motor company, ‘the UK automotive industry is one of the most productive in the UK…resulting in a gross value added per job [that is] twice the national average’.

There is a strong case for believing that this is down to the industry harnessing Digital Manufacturing developments for all they are worth.

Some technological developments in the car industry today are now increasingly disruptive. For example, robotics and 3D printing have allowed for the quick development of personalised products. Meanwhile, analytics has enabled manufacturers to make data-driven decisions about how exactly their products need to be personalised ultimately increase their profits.

Moreover, Radio Frequency Identification (RFID), which allows tracking of products and has been around for decades already, is now more affordable. Alongside this, there have also been further advancements in mobile and cybersecurity technology. All these aspects are currently being used, or will be used, in some for another by automobile companies.

Unsurprisingly though, the UK Automotive Industry has not yet quite had the transformational impact as both digital manufacturing critics, and supporter predicted some years back. Though changes are underway here, the American, German and Japanese markets are much further ahead in transitioning in this new digital era.

Digital manufacturing technology, such as 3D printers, can create physical products by taking instructions from computerised files made by designers. So, this kind of simulation technology is slowly changing the skills required of labourers and designers.

However, this kind of production is expensive to set-up, and currently, there is a lack of staff with the appropriate skill set for using it. While in the long run, it will probably be more cost-effective, there is a high upfront cost for buying the machinery itself, and UK educational and training institutions still have a long way to go before they are producing designers capable of using such technology; digital manufacturing supporters believe we are running behind in this sense.

Calls for the UK to prepare for a fourth industrial revolution then, are partly because the training for emerging technologies is simply not yet widely available. However, if this kind of technology was taken seriously, the kind of work available in the manufacturing will change.

Already, manufacturers are suffering from recruitment issues with a high demand for people to fill roles and not enough jobseekers available with the right skills set. Manufacturing has been something people steer away from and as a result; training is not readily accessible. To adapt to a change in digital manufacturing, companies may need to consider in-house training programmes and incentivise apprenticeships and learning schemes to allow people to work and study to boost their qualification for the benefits of their career as well as the company as it transitions into a new era.

One of the largest companies in the UK, Deloitte – a major player in technology advancement – recently released an article entitled ‘The Digital Transformation of Customer Services’. They say there are three main fuels to this change. Number one is the swift and increasing ‘adoption of social networks, mobile computing, analytics and cloud technology’. Then there are the resultant ‘changes in customer behaviour’. Finally, ‘increasing competition’, which spurs companies on to keep up with this technology race.

Customers are becoming increasingly demanding. Products and services need to be immediate, efficient and ordered with ease. Digital services are essential to help streamline the sales process and make it easier for consumers to receive the service they require. Improving customer service through digitalisation can also help manufacturers too as processes can be automated and every transaction and enquiry is immediately logged and processed.

However, while businesses are surely trying to get ahead in this race, many are using technology as an add-on for their pre-existing customer service methods, rather than as a replacement. There are more channels than ever before to communicate with your customers, and we predict that many companies don’t believe they have to do away with technology-free methods just because there is useful online technology to use as well.

There is absolutely no doubt that digital manufacturing has made significant differences to the UK industry so far.

From technologically-automated customer service bots to internet-based methods for sharing and storing information for manufacturers in different locales. However, some areas, such as the move towards automation of product production, are showing a slow-burning change instead of the often discussed ‘revolution’ in the industry.

Moreover, many companies are still reluctant to do away entirely with the tried-and-tested methods of the past and choose to use digital services as an “extra”, rather than as making it a central focus for their business. Overall, the main takeaway from this reflection on digital manufacturing is that it and will continue to be extremely disruptive to industries whether people agree with its progression or not, and so those in countries and industries that make use of its positives will be the ones who stay on top.

Our customers trust us